This piece was produced in partnership with Philips Hue

The phrase ‘immersive’ gets thrown around all the time in relation to home theatres, but up until now, that could only refer to surround sound. Thanks to Philips Hue Play HDMI Sync Box and Philips Hue Play Gradient Light Strips, the word ‘immersive’ has never been more relevant, as they let you turn the home movie experience up to 11 with surround lighting that places you in the centre of the action.

Philips Hue is a revolutionary smart lighting system with 16 million colours to choose from to suit every mood and occasion. Philips Hue gives you total control over what colours you want in your room, including their brightness and even warmth. Since 2018, you have been able to control the lights with your voice too, with commands such as “Hey Siri/Google/Alexa, let’s watch a movie”, and the lights will change to your personal preference.

The Philips Hue Play HDMI Sync Box can sync whatever the main colour is on the screen, from whatever HDMI source you wish (games console, Apple TV etc) with your Philips Hue lights in real-time. The Hue Sync box allows Hue lights to react to the TV content to create a captivating media experience.

The Philips Hue smartphone app – available for Android and iOS – helps to ramp the action up even further, as it lets you create zones or rooms with the Hue lights you have in your house. This tells the Philips Hue Play HDMI Sync Box where the lights are and what height they’re at, as well as allowing you to choose which lights you want to be involved in the mimicking light show to create a more captivating experience.

The intensity of the lighting can also be changed for each source: think vibrant levels for gaming, and something a little more sedate for drama movies. To really show off your system, you’ll want to turn up the dials for movies with plenty of explosions.

The Philips Hue Play HDMI Sync Box also doubles up as a competent HDMI switching box, meaning you will no longer need to physically change the input on your TV for the source you want to be displayed, as the box will take care of everything for you. It’s future-proof too, being able to support all the latest video and audio codecs including 4K, HD10+, Dolby Vision and Dolby Atmos and, perhaps most important, is HDCP 2.2 compliant, a vital feature for negating copyright protection issues. 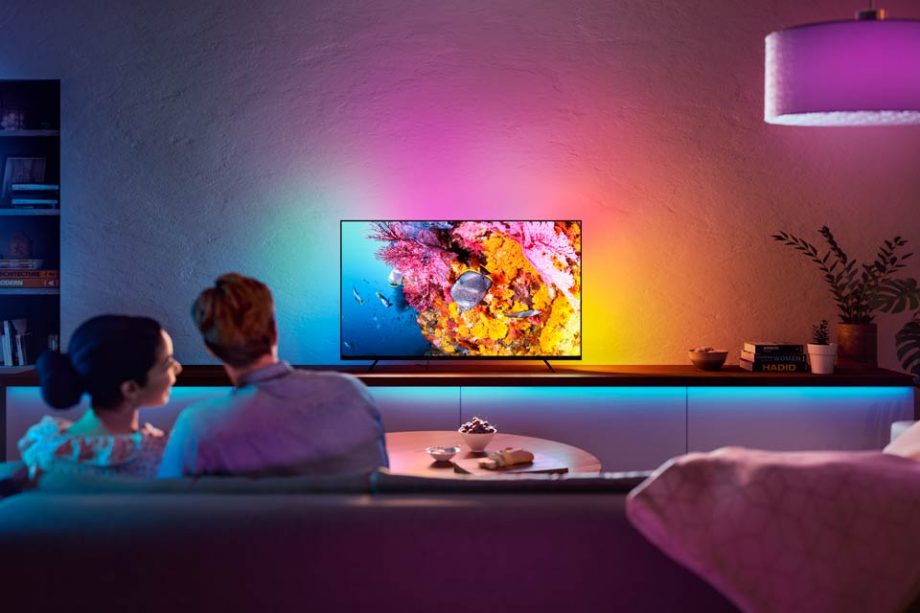 The Philips Hue Gradient Light Strip adds an extra layer to home theatre set up. This strip – available for 55, 65 and 75-inch TVs – extends the colour lighting from behind the TV onto the rear wall, making the effective viewing area even more immersive. The gradient light strip features an array of 7 independently controlled LED lights and flawlessly blends multiple colours at the same time while mimicking the content on the TV screen for an immersive, full-room entertainment experience unlike any other. 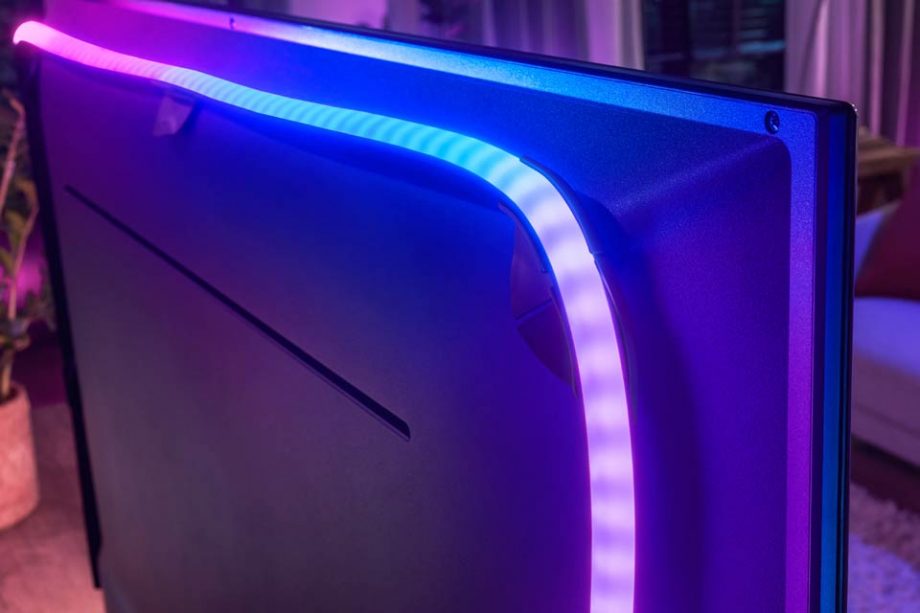 With the rear wall being lit up and Hue lights around your room mimicking what’s on-screen, you become quite literally enveloped in the action.

A full Philips Hue lighting system, synchronised with your TV, is undeniably cool. If you’re playing a game like Call of Duty, it means your room will reflect various shades of green and brown, just as if you’re crawling through a rainforest landscape, making it seem like it’s actually you who is completing the various missions.

The Surprising Number Of Calories Deliveroo Couriers Burn In A Day

Decoding The ‘Skullet’, This Century’s Most Controversial Men’s Haircut