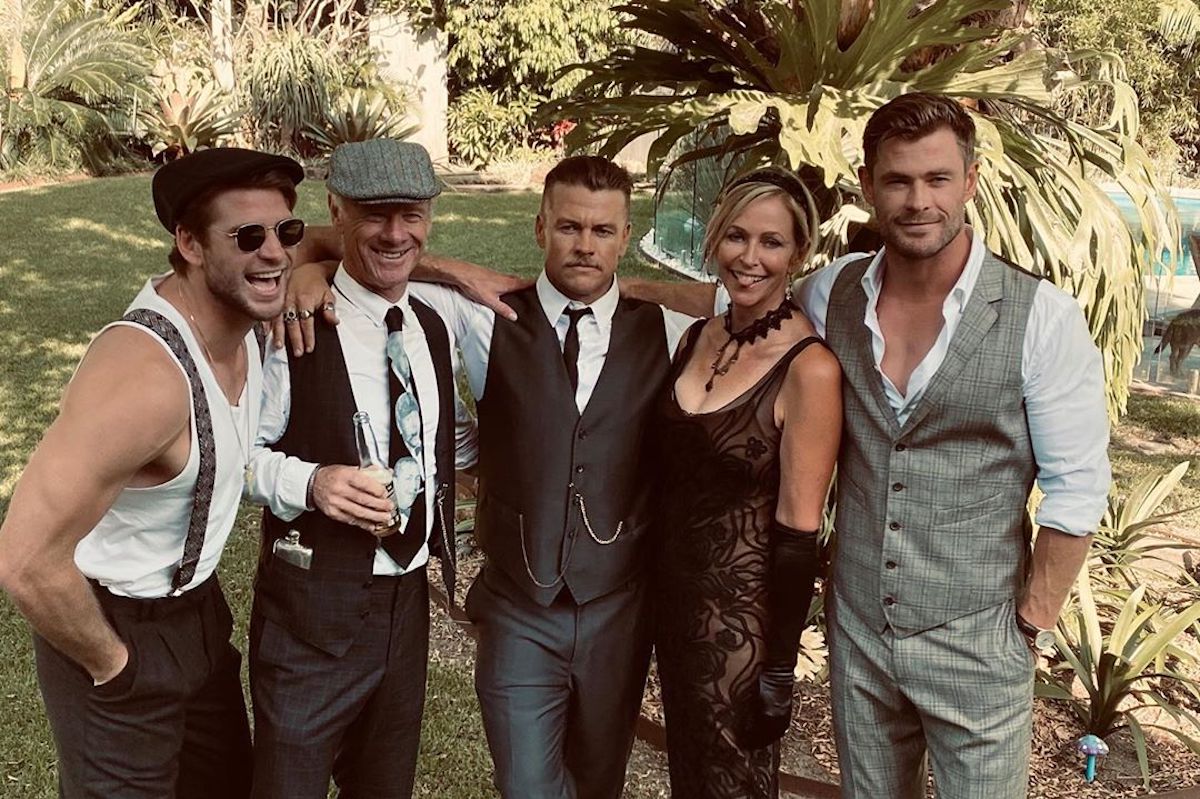 There must have been something in the water in Melbourne in the 80s, because the Hemsworth brothers might just form the greatest showbiz family in recent memory.

Middle brother Chris is easily the most famous, and one of the most famous actors (and fitness inspirations) in the world full stop: known for playing Thor in Marvel’s sprawling Cinematic Universe as well as the leading man in films like Extraction and Rush, he’s perhaps Australia’s most successful export since Crocodile Dundee.

That’s not to undersell his younger brother Liam and his older brother Luke, who are accomplished actors in their own right – the former known for his appearance in The Hunger Games trilogy and the latter known for his stint on long-running soap opera Neighbours.

With that much talent in the one family, you’d assume that family get-togethers would be quite the affair – and you’d be right. The clan recently celebrated Luke’s 40th birthday in Hollywood style with a Great Gatsby theme, dressed to the nines in 30s-inspired attire, as Chris shared on Instagram yesterday.

One of the biggest problems when hosting a themed party is that inevitably someone skimps on their costume and ruins the vibe for everyone else. Thankfully, every member of the extended Hemsworth family stepped up to the plate in cracking form.

The 1930s might have been a time of depressions and civil wars, but damn, the clothes were good. Everyone loves a good Great Gatsby party: it’s the perfect balance between fun, classy and easily achievable (as a guest, nothing’s more frustrating than having to figure out a costume for some obscure party theme).

The 30s aesthetic, however, is distinctive, but not difficult to throw together in a pinch. Case in point, Liam’s outfit – a tank top, trousers, suspenders and newsboy cap – nothing you can’t find at an H&M for less than a tenner.

Liam’s not only a style inspiration but a fitness inspiration too. Check out this intense summer workout he debuted last month.

How to Spend One Day in Amsterdam